The muffler man of Delhi is going to play another political stunt in Punjab for baiting dalit voters. As per the information, the Chief Minister of Delhi and AAP supremo, Arvind Kejriwal has decided to visit the BSP founder president Kanshi Ram’s village Khawaspur in Rupnagar district on March 15.

During his visit to Punjab few days back, Kejriwal had visited the dalit family of Bheem Tank who was murdered in Abohar. The Chief Minister had played a trump card at that time by offering a job in Delhi to the family member of deceased.

When the birthday of the BSP founder Late Kanshi Ram is approaching on March 15, Kejriwal is going to play the dalit politics card again. The muffler man knows that how to bait the voters and especially those who are the biggest vote banks. 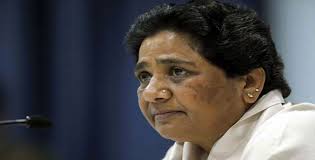 The BSP Supremo Mayawati has already announced a rally at Nawanshahr on March 15, where it was expected that she will announce party strategy for the ensuing assembly elections 2017.

Mayawati’s rally was dedicated to the birth anniversary celebrations of Kanshi Ram. BSP Punjab spokesman Balwinder Kumar said, “Let Kejriwal come, he can’t hold a rally on Kanshi Ram’s ideology at the last moment. The BSP has covered entire Punjab while the party rank and file was making door to door visits in Nawanshahr to ensure that not just the dalits but the general category people also turn up.”

Kejriwal cannot befool the dalits by his stunts. The people of Delhi has already came to know that Kejriwal is just hungry for the votes and nothing else.