Admist all those question rising about authenticity of Modi approved, successful counter-terrorism operation led surgical strike across the lines of control (LoC) by pakistan, Congress and AAP led camps joins the bandwagon of doubters demanding army to release a proof.

With a clear intention to play down the success of the said operation like AAP Congress too have question the integrity of these operations, rahul Gandhi and Sonia Gandhi among others lauded the efforts. While P Chidambaram and Sanjay Nirupam among others have tried have been asking for proof of the operation or even going to the extent of terming them as fake.  The party has indirectly persisted with attempts to ask for proof under the garb of getting the government to call Pakistan’s bluff.

While it seems strange to ask our Army to reveal the video evidence of its operations when this is not a lone incident of Indian forces counter striking to the various threats and won’t certainly be the last, why was they ever not asked for any proof earlier? However, it indeed has been a first of its kind incident where an Indian government has come out in admission of carrying out such attacks. It is also notable that when the US carried out similar strikes in Pakistan to kill Osama bin Laden, it came out admitting the same. The Indian government or any other government did not act as doubters.

The intention is however clear for all to observe and the prime minister, who has acted in the best interest of all Indians, is under no obligation to prove his position to anyone, least of all politicians who are only interested in extracting political brownie points. The Assembly elections are due in crucial states in 2017 and the parties are resorting to any measure to pull the other down, even at the cost of undermining national pride.

It’s saddening that In times of adversity, when the country and its political fraternity need to stand together as a singular front, such conduct comes out as an insult to the armed forces and the country.

Contrary to the overzealous expectations of the public, the Aam Aadmi Party has not emerged as a party with a “difference, and joining the bandwagon of doubter around Uri attack and the subsequent retaliation by Indian armed forces, has led the party fall into a digger pit as the election are drawn so close in Punjab.

AAP bagged four seats and secured nearly one-fourth of the total votes polled. 13 percent of traditional Congress supporters and 17 percent of SAD-BJP supporters voted for AAP (according to the CSDS). AAP benefited from the double anti-incumbency – anger against the Congress-led UPA government as well as the frustration against the SAD-BJP government in the state.

However, In the after math of the recent Uri episode across the line of control where in, in context of Punjab sharing its border with Pakistan, the lack of efforts ensuring a strategically security of the people seems to have given a blow to the lead of AAP.

However, it might just be unlikely for these surgical attacks to play a massive role in wavering the minds in February election next year, as the violence in Kashmir in likely in decrease from November onwards and the focus of the centre would shift towards the economy.

But, indeed AAP’s abysmal track record during the massive outbreak of chikungunya and dengue in the capital has left a great impact on the party withstanding supporters. With the absence of ministers including the AAP’s chief Arvind Kejriwal and Sisodia missing from the scene hasn’t been the best move for them in the long run.

When sounds of their promiscuous promises still ringing high among the public of Punjab who is already reeling from slow economic growth and drug issue has lost faith and truth questioning the intent of AAP’s power driven politics. A leader who couldn’t live up to the promised of developing Delhi as a model state- had gone around asking for more support and power to delude the public

To top it off, While Congress and SAD have long ago announced their CM candidate, AAP is still juggling with the question of who would be leading the party in Punjab polls 2017. All the surveys done in Punjab have so far shown Kejriwal as the preferred candidate. The party does not have a strong candidate other than Kejriwal, and this could turn away the swing voters who may prefer the comfort of familiar leaders like Capt Amarinder and Badal. Kejriwal being a non-Sikh also doesn’t help his cause in a state which has always elected CMs from the community.

Whatever may be the result of this contest among used to be more so predominantly bipolar but now triangular, enmity of SAD, Congress and AAP, would definitely bring about a huge change for the spirit of the state. 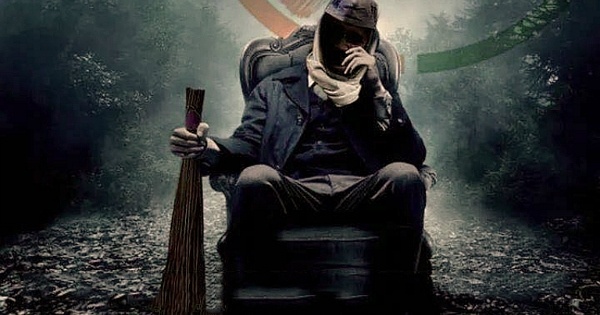 The AAP national convener and the Chief Minister of Delhi Arvind Kejriwal has taken another U-turn on the major revelation which he promised to reveal on Friday.

The Delhi chief minister Arvind Kejriwal postponed a major ‘revelation’ and now congratulated the Army and the political leadership, including Prime Minister Narendra Modi, for conducting surgical strikes on terror launch pads across the Line of Control (LOC).

The Delhi Assembly passed a resolution condemning the Uri attack by Pakistan-sponsored terrorists after congratulating the political leadership following a demand from a BJP legislator.  It was a just a publicity stunt to shield the Delhi CM Arvind Kejriwal as he had backed up an article favouring Pakistan over Uri Attack.

Kejriwal said that the Delhi Assembly congratulates the Prime Minister, the Centre, the Union home minister, the defence minister and the chiefs of the armed forces.

The CM also postponed a major revelation his party had promised to make regarding “fake cases” against Aam Aadmi Party (AAP) legislators. The move, he said, was taken in the wake of the Uri attacks.

However, it was just an eye wash as he had played the same trick before the Delhi assembly polls when he claimed that he had sufficient evidence against the then Chief Minister of Delhi Sheila Dixit. However, he lost all the evidence after taking the reins of Delhi.

He had boldly announced that he would expose all the activities of BJP in the assembly on Friday. However, he took U-turn on his statement and supported surgical strikes so that he could save himself.

Hence, it is proved that Kejriwal has mastered the art of taking u-turns. There were some incidents when Kejriwal took U-turns.

The Chief Minister of Delhi Arvind Kejriwal has come under the fire once again for his anti-national mentality as he backed up an article favouring Pakistan over Uri attack.

When the message is gone viral on social media, the people started lambasting at Kejriwal. Hence, it is proved that Kejriwal has been acting on the directions of anti-national forces.

People wrote that he should be ashamed as he could have kept politics aside on national interest. They termed him shameless. A person wrote that the endorsement of this article proves that he has been installed by anti-India forces.

When the entire country has been facing the problem of terrorism and the Indian forces fighting for the nation, Kejriwal has come up with a cheap thing. Hence, it is proved that Kejriwal has been getting support by anti-national forces and the foreign funding is done so that Kejriwal should work properly against India.

At that time the statement was given to get the sympathy from the people. Now look at Kejriwal who has been openly supporting Pakistan. A close aide of Kejriwal had told that the AAP head could do anything to woo voters.

When the AAP head Arvind Kejriwal had taken the reins of Delhi in 2015, he was very much concerned for the welfare of soldiers of defence and paramilitary forces. Moreover, he gave financial assistance of Rs 1 crore to the family of CRPF Jawan Narrotam Das who was killed in a Maoist attack in Bihar.

Kejriwal had promised that the Delhi government would always concern about the welfare of families of those soldiers who would lay their lives for the country. At that time, the AAP government made tall claims and announced the rewards.

However, the claims were done to please the voters. The AAP-led Delhi government did not announce financial assistance to the soldiers killed in Pathankot. Moreover, Kejriwal only sent his condolence to the families of 18 soldiers who laid their lives in Uri attack. He has nothing to offer except his condolence.

A post has uploaded on Aam Aadmi Party Punjab page on Facebook depicting the grants announced by the Delhi government for the security personnel. Narrotam Das was the only soldier whose family received a grant from AAP government.

It is evident that the AAP has come out with so many political stunts to woo the people. The soldiers who attained martyrdom in Uri terrorist attack deserved for the credit of saving the nation by sacrificing their lives. Moreover, Delhi government could have announced financial assistance to the families of martyr soldiers.

The AAP party has been exposing day by day in front of the people. The people of Delhi have realised their mistake by choosing a Chief Minister who dumped them. Since the existence of AAP party, the AAP national convener dreamt like Alexander, who had a dream to conquer the whole world. Kejriwal also imagined of winning all states leaving the Delhi people in the lurch.